Hardly any other genre acts simultaneously so fascinating and so beautiful alien to Western listeners as Asian music. The diversity of different cultures and music of Asia inspired music lovers all around the world for thousands of years. Unique instruments such as the Chinese Dulcimer, Shakuhachi or Gong not only play a role in classical music, but are still very present.

Traditional Asian music uses flutes, plucked instruments and bowed instruments like the famous horse-head fiddle. In many Asian cultures, the scales developed are pentatonic scales. They often differ from Western music styles, by not being equally-tempered. High Energy Songs to Get You Dancing and Singing ...

Some modern Asian music reflects the strong cultural traditions of the region's past. Other Asian music, like the upbeat, dance-able beats of K-pop, often sounds closer to American club and pop music. J-pop and C-pop tend to be fun party songs too. However, Asian music often runs to classical, symphonic, opera and even patriotic songs.

To hear all styles of Asian music and all your favorite genres, tune in radio stations on hit-Tuner.net - We have thousands of channels featuring the music you want to hear! Take streaming internet radio with you wherever you're heading. 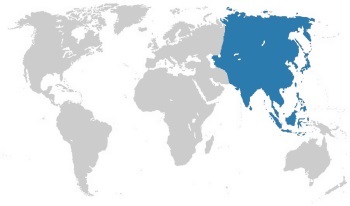