On hit-Tuner.net you can listen to radio music from Guadeloupe. At this point you can learn more about the country: Guadeloupe is a group of Caribbean islands located in the Leeward Islands, in the Lesser Antilles. It is an overseas region of France, consisting of a single overseas department. Guadeloupe is an integral part of France, as are the other overseas departments. Besides Guadeloupe's two islands of Basse-Terre and Grande-Terre, the smaller islands of Marie-Galante, La Desirade, and the Iles des Saintes are included in Guadeloupe. 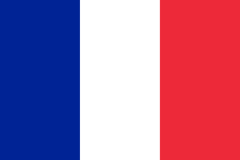