On hit-Tuner.net you can listen to radio music from Netherlands Antilles. At this point you can learn more about the country: The Netherlands Antilles was an autonomous Caribbean country within the Kingdom of the Netherlands. Although the country has now been dissolved, all of its constituent islands remain part of the kingdom under a different legal status and the term is still used to refer to these Dutch Caribbean islands. 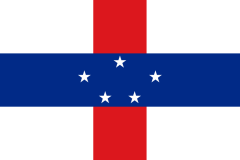