On hit-Tuner.net you can listen to radio music from Saint Vincent. At this point you can learn more about the country: Saint Vincent and the Grenadines is an island country in the Lesser Antilles Island arc, in the southern portion of the Windward Islands, which lie at the southern end of the eastern border of the Caribbean Sea where the latter meets the Atlantic Ocean. The country is also known as St. Vincent. 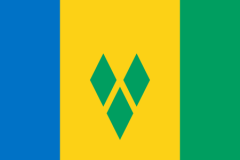