Because Afghanistan has historically been situated along ancient trade routes, it's no wonder that Afghan music hides hints of diverse outside cultural influences, including Arabian, Persian, Indian, Mongolian and even Chinese.

Afghan ragas (belly dancing music) are an important part of the classical musical history of the country. These often feature a blend of local instruments and song and have a greater focus on rhythm than their Indian counterparts. Popular instruments in traditional Afghan music include: the zerbaghali, the dutar, the sitar and the sorna.

In a nation constantly torn by wars and political strife, music hasn't been at the top of the national priority list for several decades, at least as far back as the '70's. In the '90's, public music making and instrumental music were both actually outlawed by post-Soviet and extremist governments.

To sample some of today's hottest Afghan music, take a moment to check us out at hit-Tuner.net where you can listen to this and thousands of other international internet radio stations and artists. 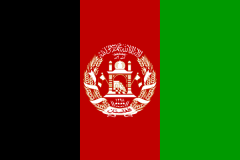