Currently there is no data available ...
More informations and details

Modern Cambodian music is divided between ramvong and ramkbach. Ramvong music is used more for slow dancing, while ramkbach is based more on the Thai folk music. The western influence on the pop Cambodian music has brought about the practice of using western instruments instead of the traditional ones.

To experience a wide variety of music such as Cambodian music, make sure to search for hit-Tuner.net. On this website,users will receive access to thousands of internet radios based on the preferences that they have. Stations include Pop, Classic Rock, Jazz, and Salsa. 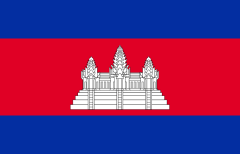