The Chilean music is very diverse and offers the listener a lot of variety. They also differ from region to region. Over time, the Chilean music, however, has changed a great deal and also took over foreign influences.

Traditional Chilean music combines elements taken from the ancient Incas and the Spanish that later dominated the area. The folk music from Central Chile is some of the most popular. There is also Chilean traditional folk music from Northern Chile and Easter Island that enjoys some following.

Zamacueca or cueca is the most popular form of traditional Chilean music. The music, written in six-eight time and always played in a major key, first appeared around 1824. Tonada is another very popular musical form in Chile. It has its roots in the music brought to Chile by Spanish settlers. Other traditional forms of music played in Chile include Refalosa, the Sirilla, the Sajuriana, and Polka.

Today Chilean Pop music, Rock, Metal, Hip hop are on the forefront of international Chilean music scene and can be heard on internet radio stations on hit-Tuner.net ... 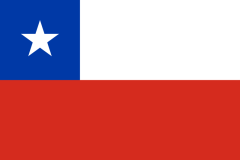