The oldest known musical song in the Czech Republic was a religious hymn called Lord Have Mercy On Us during the 10 century. Most early Czech songs were religious in nature and religion was the strongest influence in Czech music for a significant period of time. Traditional Bohemian music commonly includes the use of bagpipes. Traditional Moravian music includes the use of such instruments as cimbalom, which is similar to a piano, double bass, clarinets, and violins. The 18 and 19 centuries saw classical music enter the Czech Republic and become the most popular music in the country. During this era there were many popular Czech composers such as Antonin Dvorak, Bedrich Smetana, and Leos Janacek. Works by Julius Fucik such as Entry of the Gladiators is now played all over the world in circuses and is now commonly called "Circus Music". The polka dance, now popular all over the world with dancers originated in the region of Bohemia in the Czech Republic. Other kinds of Czech folk music are pub songs which were influenced by Austrian schrammelmusik. These pub songs also called old Prague songs are still performed in cities around the Czech Republic by bands such as Slapeto.

Modern Czech music has a lot of pop music imported from other countries but the lyrics are usually sung in the Czech language. Other popular forms of music in the Czech Republic today are rock and roll and Czech bluegrass. Czech Bluegrass is a relatively recent phenomenon that arose after American bluegrass gained popularity in the country in the 1960's. Also during this time period bluegrass star Pete Seeger toured the Czech Republic and inspired generations of Czech bluegrass artists and musicians. Although bluegrass is not as popular as it used to be it is still one of the more popular forms of Czech music to this day. Other forms of music that are popular on a lesser scale in the Czech Republic are punk rock and heavy metal. Recently, beginning in the 20th century a form of uniquely Czech urban music has developed called "tramp music". Tramp music arose when people living in Czech cities were looking for a way to escape the stress of modern city life.

You can find all of your favorite Czech music at hit-Tuner.net. Whether you are looking for Czech bluegrass, rock and roll, heavy metal, or tramp music you can find radio stations playing a wide variety of genres from the Czech Republic at hit-Tuner.net which has over a thousand internet radios from all over the world. 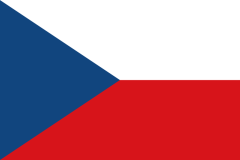