Danish Music has a wide range of variety from classical to Pop. Denmark is known for their classical composers like Carl Nielsen, Rock groups like Gasolin', and Pop artists such as Tina Dico.

First up in the 19th century there was a flourish of Danish composers who gave to Denmark classical entertainment. Composers like Johan Peter Emilius Hartmann and Niels W. Gade composed works, influenced by a more romantic time in Danish history. Then, in the face of war, a new era emerged in Danish music; The Carl Nielsen Era. Made famous in the late 1800's and early 21st century by his musical symphonies, Nielsen created a new feel in the music world for Denmark with the flute, clarinet, and violin.

Later Jazz became popular in Danish Music. In the 1920's and 30's Jazz was a large part of the Danish social scene. Jazz artists like Sam Wooding and Erik Tuxen were big Jazz influences. Jazz was so popular in hotels and restaurants that the number of Jazz recordings boomed wildly.

Danish Folk Music influences came to the forefront in the mid-21st century. Featuring the accordion and fiddle, Danish Folk Music is played by small groups of musicians rather than solo artists. Its influences come from collections of stories and national folklore. The Danish Music scene experienced a surge in folk music popularity in the 1990's when Danish artist Sorten Muld added electric instruments to the classic sound.

Danish Rock Music appeared in the mid 1990's as well. In the 70's Danish Rock drew its influences from thriving rock cultures in the US and Britain. TV-2 and Gasolin' have been among the most popular rock groups in Danish Rock, gaining popularity by putting a Danish spin on an already growing music genre. Finally, Pop arrives in Denmark. Artists like Tina Dico blazed Danish Pop with hits like "Welcome Back Colour" and "Moon To Let". Danish Pop is known internationally and artists like Oh Land have even begun touring with worldwide stars like Katy Perry. Influences in Danish Pop come from the colorful Pop scenes in the US and Europe.

To hear these Danish Music genres and more visit hit-Tuner.net where users can receive thousands of internetradios and experience Danish Music for yourself! 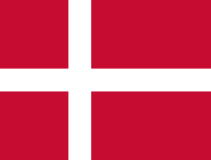