The classical music and pop: The Dutch music is very much connected with the historical influences of the country. But what contains the Dutch music exactly and why is it so popular?

Dutch music has in the recent decades had a harder time keeping up with international popularity of the music of other countries. Still, the Dutch people really, really love their modern music. In the modern Dutch music scene techno dance music is all the rage, with big name DJs such as Afrojack, Headhunterz, Fedde Le Grand, Tiesto, Laidback Luke, and Armin Van Buuren. Techno and house music continue an insane rise in popularity on the Dutch front.

You can access Dutch music via our online player on hit-Tuner.net - Here you will surely find the internet radio station that features your favorite kind of music. Join us and get jiggy with the tunes you love. 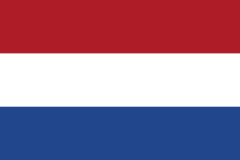