Ecuadorian music from traditional to modern is drawn from many influences, and encompasses many different styles and rhythms. Pasillo, influenced by the Viennese Waltz is the favorite musical form. String and wind instruments are popular in Ecuador, and both are often used on social occasions.

Pasillo is a kind of Ecuadorian music that represents traditional folk culture. It is usually played with a string instrument. Another popular type of Ecuadorian music is Sanjuanito. Sanjuanito is often accompanied by traditional dancers. Although this style is ancient, its lively ambiance makes for great dance music. Marimba is also a favorite style if music in Ecuador. Marimba is produced on an instrument with wooden bars that are configured to play a chromatic scale. The flute and guitar are also frequently used.

The younger generation in Ecuador has succeeded in devising a new musical style that integrates modern sounds and classical movement with the sentimental melodies of times past. In this way, the young people can cherish and experience the richness of tradition combined with a more modern tone.

For more information, check out radio portal at hit-Tuner.net where you can find internet radio stations in your favorite music genre. 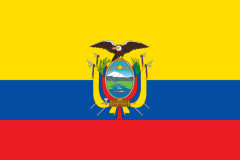