Egyptian music has been around since ancient times. Today, the music of modern Egypt is one of many collectively referred to as Arabic music. While some music of present-day Egypt has loosely incorporated sounds of the Western world, traditional Egyptian music continues to play an important role in the culture.

Egyptian music has been documented as far back as the Predynastic period in ancient times. The invention of Egyptian music is credited to the god Hathor. By the time of the Old Kingdom, various types of instruments were known to be used such as harps, flutes and double clarinets. While no written music survives, some Egyptian folk music preserves many features of Egyptian music from antiquity including rhythms, instruments and musical scales. Traditional Egyptian folk music continues to be used at weddings and other traditional celebrations. Also, religious music remains vital to religious celebrations like the Muslim mulids and Sufi Zikr rituals.

Today, Egypt's large youth population has made Egyptian pop music increasingly popular. In the early part of the 20th century, composers began to incorporate forms of Western music into their own music. Modern Egyptian music encompasses a wide range of sounds from traditional melodies to that which resembles pop music of the Western world. Egypt is now considered one of the major centers of music in the modern Arab world. Some of today's Arabic music has a broad enough appeal to even gain popularity in Europe and the Americas.

Thousands of internet radio stations of countless genres and countries, including Egyptian music, are available through the online player at our radio portal on hit-Tuner.net ... 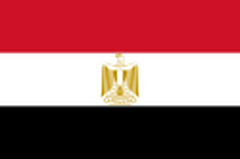