Greek music is predominated by folk music and this folk music itself is subdivided into two distinct categories, Acritic and Klephtic. Klephtic folk is usually monophonic, single instrumental and without any accompanying instruments or backing. Acritic in comparison is often a ballad of heroic tales often sung in a epic poetic style.

Nisiotka is a umbrella term which represents all of the folk music which comes from the Aegean Islands. Among these one of the most popular is Ikariotikos which comes from the islands of Ikaria. This is a traditional type of Greek music that often accompanies a dance. It is also the name of the dance and is traditionally very slow but there is also a modern, much more quick and swift.

If you also love Greek music, then go to hit-Tuner.net - there you will find more than thousand internet radio stations to choose from, including your favorite genres of Greek music. 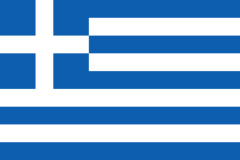