The Australian music ranges from the music of the Native, classical and other folk music to rock, pop and other modern trends. But to this day lives on the music of the Aborigines! The musical tradition of the Aborigines is held high and included other musical groups in the new creation. She takes up a large nationally and has experienced her international breakthrough long.

Finding its roots in the mid 1700�s Austrian music has been long since renowned as the classical music capital. With artists such as Mozart, Beethoven, Shubert and Strauss as its founding members, there is no other place in the world that could be recognized as the stepping off point for all music around the world. Just as these composers sought perfection in their music and it can still be heard today as the Vienna Philharmonic keep these traditions alive performing their renowned classical music for audiences around the world.

But traditional music in Austria is known for much more than its classical roots. During the 1980�s Austrian music would explode into the genres of pop and rock music. Artists like Falco and Opus released their worldwide popular hits of �Rock me Amadeus� and �Live is Life�. However, even these styles have given way as trends have changed so has the Austrian music scene. Camo and Krooked are leading an international explosion of electronic musical artists. While the alternative music and experimental rock has taken on its own avant-garde musical approach to Austrian Music.

Now listeners around the world can find their Austrian Music favorites by tuning in at hit-Tuner.net - Regardless of what genre you are in the mood for, there are thousands of channels to choose from that will play every style from classical to electronic and in between with this online player. With hit-Tuner.net it�s finally possible to enjoy Austrian Music hits from the other side of the globe. 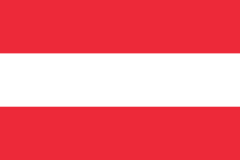