It is little known about the earliest music genre of Brazil since there are no written records for the era in question. And it was only when Europeans arrived to the country that the culture began to take shape. However, the natives of Brazil once played instruments such as flutes, horns, whistles, rattle sand drums. This tradition is still followed by people of Brazilian rainforest. Much of the sounds emanating from these instruments imitate the sound of Amazon rainforest.

Today, Brazilian folks have both traditional and experimental music to their side. Contemporary composers such as Silvio Ferraz, Marcos Balter, Felipe Lara and many others have taken Brazilian music to a new height. Not only that, the nation has a large number of music performers who are recognized internationally. Some of the famous orchestra group include Paulo University Symphony, Sďż˝o Paulo State Symphony Orchestra, the Petrobras Sinfďż˝nica and the Orquestra Sinfďż˝nica Brasileira. Regular operas are held every year in well-known Brazil cities as well.

For Brazilian music lovers, hit-Tuner.net is an excellent source to find internet radio stations to listen to their favorite music genre. The online player on this website can get you access to thousands of internet radios with a click of a button. 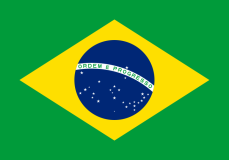