The Jewish music was witnessed in the Old Testament as a temple music with horn, trombone, flute and drum accompaniment of very old heritage. About their origin and nature are unfortunately only possible conjectures Today's Jewish congregational singing is a re-creation of the 19th century, but there are also attempts to regain a musica sacara. In the 20th century attempted, among other things Sch�neberg, Milhaud and Ernest Bloch to Jewish traditions to tie.

Traditional Jewish music has roots that go back thousands of years. For centuries, Jews everywhere have used music to express religious thought and joy. In many instances, Jewish music has formed an integral part of Jewish holiday religious services. For example, the standard Passover service incorporates many folk songs during the seder that Jews use to commemorate the holiday. Jewish worship at temple is usually led by a highly trained singer known is a cantor. He leads the congregation in song, often singing solo melodies during various parts of the service.

Contemporary Jewish music has incorporated both traditional zimrot (songs) and new influences such as rock and even hip hop as well as contemporary Latin tunes. People can listen to Jewish music in many languages including Hebrew and English. The contemporary Jewish music scene often uses ancient chants and melodies in an updated way. Many highly popular Israeli singers work to bring together contemporary tastes with songs that are thousands of years old. The result is an often fascinating hybrid of the traditional and the modern that has gained many fans outside of Israel and the Jewish community.

People who want to listen to Jewish music should check out our radio portal. Here they can find internet radio stations to their favorite music genre. With our online player on hit-Tuner.net users can receive thousands of internetradios and other programming to suit their needs and taste for Jewish music and other types of music. 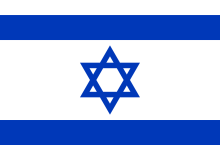