Kurdish music traditionally originates from either Iran, Iraq, Syria, or Turkey. The Kurds have three traditional types of classical performers, and modern Kurdish music has stemmed from those traditions while adapting to popular musical influences abroad.

There are three performance archetypes that are thought to be traditional in Kurdistan: the storyteller, minstrel, and bard. All three were heavily influenced by rural gatherings, or sevbih�rk. The storyteller and minstrel focus on tales and legends, including Lawiks and other poems written in an epic style that recount the deeds of heroes like Saladin. Lawje, or religious music, was also popular for the devout, while work songs, sung by dozens of workers to keep up morale and pace, were among the most widely sung.

Modern Kurdish music shares its roots with traditional Kurdish music. Artists typically combine traditional instruments, like the oud or nai, with western percussion, beats, or other instruments like guitars, basses, or pianos. Vocals, which usually herald back to the style used by minstrels, tell stories that will hook a modern audience with relevance and cultural appeal.

If you love music then you should definitely head to the radio portal at hitTuner. They have hundreds of international tracks from all over the world in dozens of languages. Everything from traditional to modern music can be found, so go check it out! 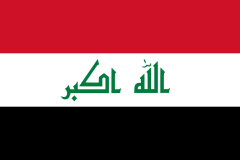