Traditional music culture in Lebanon: When thinking of countries of the East such as Lebanon, then many associate with it an air of magic and mystery. Especially who hears the music of these regions, immediately feels transported from the Arabian Nights in the legendary world. Lebanese music has always been a major part of the Lebanese culture.

Pop music is greatly welcomed in Lebanese culture. Like traditional Lebanese music, Arabic tunes are at the basis of the pop music,making it slightly different from the Western pop music. Instruments like the guitar are used to produce this music showing that the Lebanese culture has embraced much of Western music.

In order to listen to many genres such as Lebanese music, search for the online music player hit-Tuner.net. Users will have access to thousands of internet radios including such genres as Jazz, Pop, Salsa, and Country. 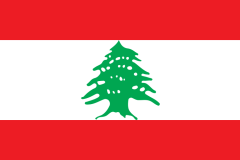