Music plays in the Moroccan culture traditionally an important role and is therefore present everywhere in the country. The mountainous, more rural embossed regions of Morocco are significantly influenced by the stylistically very diverse Berber music.

Three other forms of traditional Moroccan music are spiritual in nature. Gnawa music is brought from South African traditions and is played for healing. Malhun is a poetic type of music that is soft and easy to listen to. Classical Sufi music is played by Sufi brotherhoods and exists in order to bring out mystical ecstacy trance states.

Today, Moroccan music in the modern era produced a form of music that incoporates Rock and the traditional Folk forms known as Ra�. Cheb Mimoun and Hanino are two popular artists of this genre.

The radio player on hit-Tuner.net users have a wide range of radio stations, of course, directly from Morocco. The stations are free and available online in the best MP3 quality. 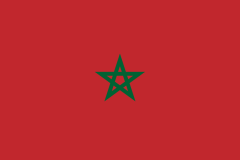