Norway is a country that's famous for its music scenes. Even if you've never personally heard any Norwegian music, all it would take is a single taste before its unique sound was permanently engraved in your ears.

Traditional Norwegian music goes back to before the Viking age (as the sagas of the time mention music as a part of the culture). Truly traditional music blends Christian and pagan influences into a rich tapestry of folk, and the fiddle is one of the most popular instruments. Norway doesn't have the kind of dance culture that many other folk traditions do though, so the melodies tend to be very simple.

During the 1800s industrialization came to Norway, and the demand for more Norwegian music came with it. For this reason operas and other pieces of classical music composed in Norway remain a part of its "traditional" achievements.

Black Metal, Death Metal, and Others is popular Norwegian Music

When it comes to Norwegian music perhaps no other variety is as famous as black metal. The dark, cacophonous sound made famous by bands like Dimmu Borgir is a rich, vibrant community in Norway. It shares space with death metal and gothic metal, both of which use dark themes and heavy beats to create a rich sound. There are other varieties of Norwegian music, but metal is what the nation is famed for.

No matter how heavy your tastes are there's something waiting for you at hit-Tuner.net. This site is a gateway to a huge variety of music, and nearly any genre a listener's heart may desire. 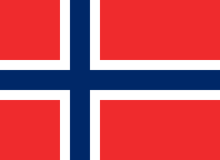