There is religious music called Qawwali usually performed in groups with instruments like the tabla, dholak, and rubab. There is also classical music, which separates into two genres called dhrupad and khayal. Of course there is still Pakistani folk music, which can differ from region to region.

You can find all these types of Pakistani music and more at hit-Tuner.net - With thousands of different internet radio stations hit-Tuner.net is the best bet for finding all your favorite types of music. 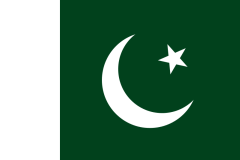