Romania is an European country where multicultural music environment is thriving in the active music scenes. This nation has peacefully accommodated many forms of music such as pop, heavy metal, hip hop and rock.


Not until the first decade of the 21st century that Romanian music industry succeeded abroad. Thanks to many artists and groups who dedicated their lives to make it happen in the Romanian music industry and spread its vibrance across the world. These artists include Tom Boxer, Akcent, Morandi. Alexandra Stan and Yarabi to name a few.

Traditional Romanian music although remains confined to some part of the country, has gained widespread fame in the local as well as international level. Romanian folk music, the oldest form of music culture is characterized by vitality here. Conservation of this music has been possible by a broad network of fans and numerous performers who have kept the vibe alive while propagating various songs and performance to a large set of audience. One of them is Gheorghe Zamfir known to popularize traditional folk instrument of Romania.

With the emergence of radio and television stations, modern Romanian music is all about rock, hip hop and pop. The mainstream success is the direct impact of dance pop bands such as Blondy, Body & Soul. ASIA. Animal X, Holograf and many more.

For Romanian music fans, hit-Tuner.net provides access to internet radio stations where they can listen to their favorite Romanian music genre and enjoy. 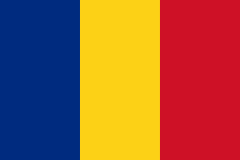