Senegalese music mainly consists of traditional African instruments and chants, though more modern instruments such as the synthesizer are growing popular among Senegalese pop bands.

Mbalax is the traditional music of Senegal and mainly consists of percussion and traditional chants in Wolof. Senegalese music was based primarily off of traditions from the Malian Empire and the tribes that occupied it. Modern musicians incorporated techniques used in tribal and religious rituals into Senegalese music to show how Senegalese music could be just as meaningful as the music the French colonists played.

After Senegal declared independence from France, Senegalese musicians started to incorporate more modern elements into traditional music. Originally this started by adding traditional types of drums to Western songs and music, but the songs and music diverged further and further away from Western music. The Western music became Africanized. Today, more modern instruments such as synthesizers are used along with the traditional drums. Rap and hip hop are also becoming increasingly popular in Senegal, especially among the Senegalese youth.

hit-Tuner.net is the place to for listening to all types of music, including ethic and music in a foreign language. Music lovers can get connected with their favorite types of music by choosing from one of the thousands of internet radio stations on hit-Tuner.net's online player. 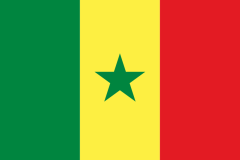