It is facinating to see how the different styles of music converged together to make up Spanish music. From the south of Spain we get the traditional flamenco and classical guitar. Surprisingly from the North Western region the music is based on bagpipes. True to form, twentieth century spanish music is as culturaly diverse and rich today as it has been historically.

Historically Spanish music a world leader until the late 20th century, Rock and Roll in the US during the 1960's took the world by storm. Spain followed suit with their, "Spanish Pop". An injured Madrid football player rose to become world famous, Julio Iglesias. His music sold 300 million records worldwide. Alejandro Sans was known for his flamenco ballards. He won 15 Spanish Music awards. Many world famous spanish musical artists have continually produced amazing pieces from then until now.

Currently, great Techno coming out of Barcelona. It is noted for visuals of an artistic calibur. Of notable mention, Professor Angel Sound produced music while incarcerated. Also of excellence and produced in Spanish is, Mar�a Daniela y su Sonido Lasser. Culturally, we live in an exciting time. Artisans resound to the world the lightness and free spirited mood throughout the known human vastness. Spanish music certainly hasn't lagged behind, producing some of the most beautiful and passionate pieces. Music that's not only pleasing to the ears, but can also move the heart.

Check out our internet radio portal hit-Tuner.net to your favorite Spanish music, artists past and present. On this website you'll find thousands of internetradio stations. 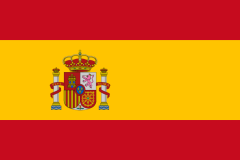