People in Sweden have a soft spot for music - Swedish music consists of far more than the most famous band ABBA.

Tradition Swedish music tends to be dance music, rather than music just for performance. The primary instrument of Swedish music is the fiddle. There is also the nyckelharpa, which is a stringed instrument similar to a hurdy-gurdy that is found only in Sweden. Most traditional music is performed solo, rather than in an ensemble. Ballads are the most popular form of folk music. However, music with no lyrics for the purpose of dancing is common as well.

Modern Swedish music is incredibly popular both in and out of Sweden. The pop group ABBA was a worldwide sensation in the 80s. In more recent news, the duo Icona Pop reached fame in not only Europe and the US, but also Asia. In electronic music, bands such as Basshunter, Avicii, and Swedish House Mafia are becoming well-known outside of Sweden. Sweden was also one of the countries that invented the genre of death metal.

If you are a fan of any type of Swedish music, then hit-Tuner.net is the website for you. The Radio Portal has thousands of internet radio stations to choose from, including your favorite genres of Swedish music. 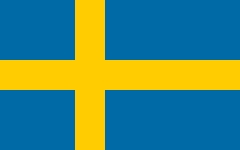