Each country has its own music, which is characterized mainly by history and culture. You can find that also in the classic and modern sounds of Tunisia ...

The traditional Tunisian music is called malouf. This is a kind of music that has been passed down from Spain after the Spanish conquest of the 15th century. This style of music has gone through many changes throughout the centuries. During the Ottaman era it acquired its present Turkish music influenced form.

For years there weren't very many contemporary Tunisian music options. Most of it was just a more modern variation of the traditional malouf. However, younger Tunisian music listeners decided they wanted more variety. For this reason as of late underground music has grown in popularity. This underground music includes heavy metal, dark, and Gothic bands.

Our radio portal on hit-Tuner.net, allows listeners to tune in to whatever internet radio station is playing their favorite music genre. Our online player receives thousands of internet stations. Your chosen genre is bound to be among them. Traditional and all manner of contemporary Tunisian music now lie just a few clicks away! 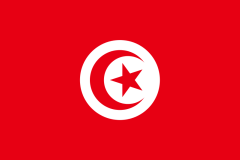