The Music of America, Traditional and Contemporary: American Music, whether contemporary or traditional is a direct result of it's melting pot ethos. The cultural cosmopolitanism birthed a great deal of sounds and styles, many of which formed the basis for modern pop and rock music, so let's get to it.

The first folk American music was created far before the English settlers came and claimed the continent by the various native tribes that had settled the land. Every single native american tribe had their own particular style of music, often utilizing a flute, drums and chanting, these compositions were typically spiritual in nature. From the black immigrants brought over to the Americas blues developed and remains one of the most influential styles of music in the world. There were also another type of folk music called Spirituals which were sung by black workers on slave plantations.

Rock n' Roll evolved out of the confluence or blues, country and R and B and has gone on to be one of the most popular styles of music around. Similarly Country music itself was a fusion of blues and Appalachian Folk.

Check out our online radio portal hit-Tuner.net to your favorite American music, artists past and present. Available on this website you'll find thousands of internetradio stations. 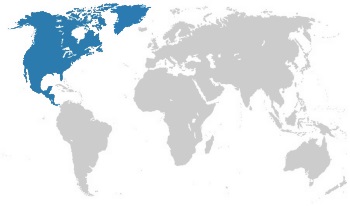