There are few sounds on earth that can compare to the sounds of South American Music. The music of this rich culture offers unique sounds from mellow wood flutes and chanting to the modern mixture of hip-hop and dance favorites.


South American music has a deep history dating back to the time of the Incas. This music involves a large use of different types and sounds of nature such as pan pipes, rattles, flutes, guitar, drums, the charango, and nature sounds. As the music evolved, so did the instruments and songs. The music opened up to include light background beats, dancing, and chanting.

The modern music scene in South America includes such genres as hip-hop, reggae, jazz, and dance. In the 1980's there was an explosion of expressive music on the scene due to the crumbling of the government rules on expression. Music now involves such instruments as electric guitars, electric pianos, full drum sets, and other instruments.

The music that is produced in the regions of South America have their own style of rhythm and sound. To experience this unique sound, visit hit-Tuner.net to start enjoying the relaxing sounds of South American music or other genre of music that you want to explore. 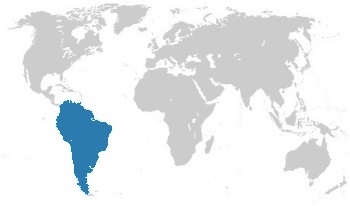