Caribbean music is as diverse as the region's music is just like the regional culture of the English, French, Spanish, West African, indigenous and Dutch-induced pressures influenced. Even the American culture can still be found in the Caribbean music.

Caribbean music is one of the most diverse kinds of music on the planet. The root of Caribbean goes back to musical styles that were influenced by immigrants from Africa and India. These are called Afro- Caribbean and Indo- Caribbean genres. At its most basic level Caribbean is features music that is based off of blues and rock music, but also features softer jazz tunes. The kind of instruments that are traditionally used in Caribbean music are things like the slide guitar, steel drums, and the marimba. The music also tends to feature a horn section.

Modern Caribbean music has changed a large amount from its island roots. The music has become far more melodic, and tends to have a more upbeat sound. However, there are also kinds of Caribbean that feature electronic music, and that will focus on social issues. This includes the hip-hop genre that was made popular by the band ï¿½The Fuggeesï¿½. Caribbean music also has a strong history of being involved in Reggae music. This music tends to have a two-step style of beat, and frequently the beat will be made by a guitar rather than a bass or drums. 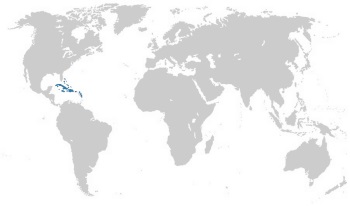